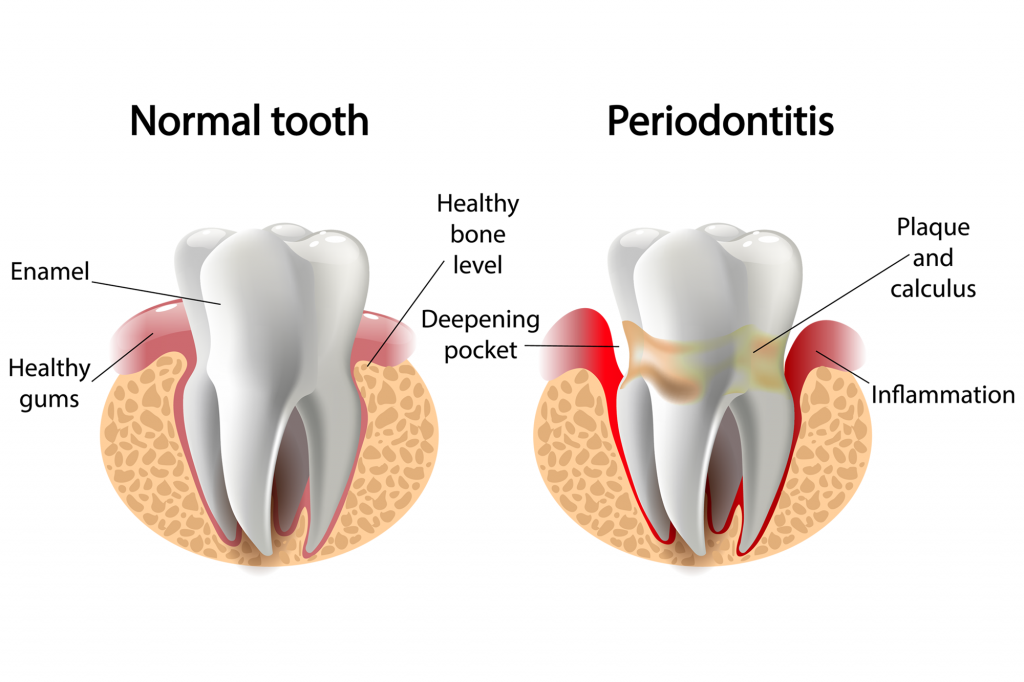 Gum disease is more than common and unpleasant. It could also play a role in a surprising range of seemingly unrelated health problems, making cleaning your teeth even more important than you thought.

You see, when plaque, a sticky substance that contains bacteria, builds up on teeth can lead to gum irritation. From there, the gums may become swollen, sore, or infected, developing into a condition referred to as gingivitis.

At this stage, early gum disease can be treated by adopting a good oral health regime. However, if left to worsen, periodontitis can result, which weakens the supporting structures of the teeth.

Late gum disease, which is also called periodontal disease, is surprisingly common. According to the CDC, almost half of adults in the United States have some degree of gum disease.

In this multi-part series, we will cover some of the surprising links between gum disease and disparate health issues. Stay tuned!