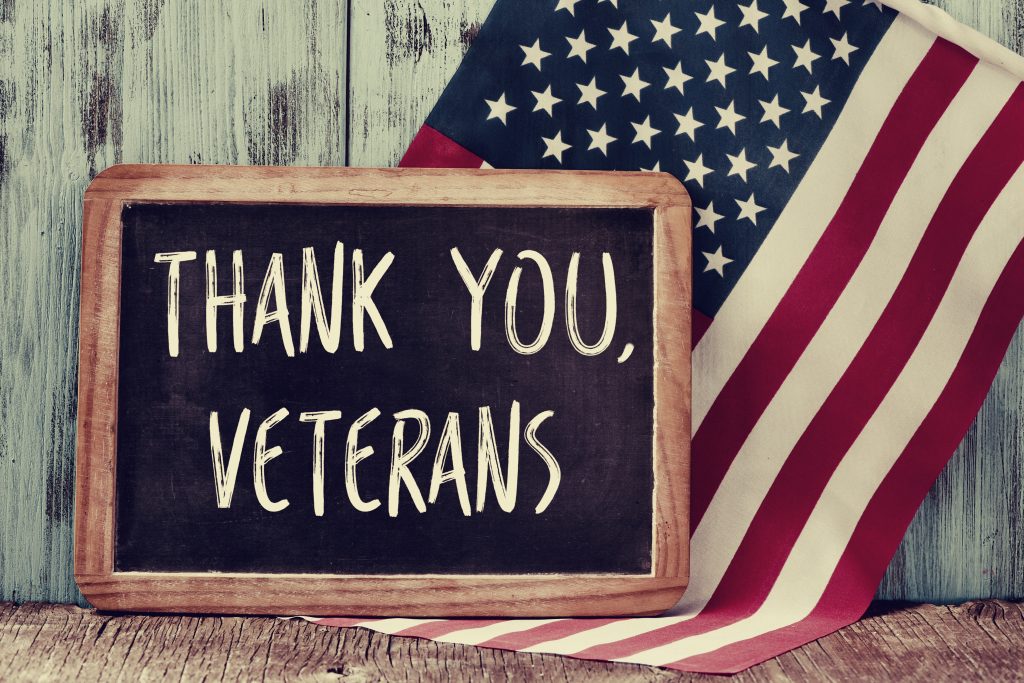 In 1918, on the 11th hour, of the 11th day, of the 11th month, an Armistice was declared between the Allied nations and Germany in the Great War, or the War to End All Wars.  Of course, we now know it as World War I.  Armistice Day was commemorated in many countries the following year and became a federal holiday in the United States in 1938. It was not until after World War II and the Korean War, in 1954, that Armistice Day became legally known as Veterans Day, honoring American veterans of all wars.

Unlike Memorial Day (the fourth Monday in May), which honors American servicemembers who died in service to their country or as a result of injuries incurred during battle, Veterans Day pays tribute to all American veterans—living or dead—but especially gives thanks to living veterans who served their country honorably during war or peacetime.

So today, we salute our veterans, and thank them for their service.  We invite you to read more about Veterans Day here at History.com.